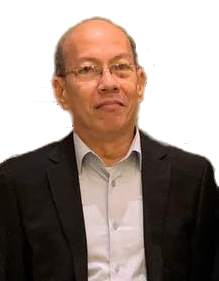 Dr. Alfafara was born into a family with a long line of educators.  On the paternal side, his late grandfather used to run a local high school outside the city (Carcar, Cebu); and his sisters (the proverbial “Women of the Alfafara Clan”) were also known to be strong and passionate educators by the local townfolk. On the maternal side, his grandfather was a college history teacher at a private university in Cebu City, while his grandmother was a high school home economics teacher at a nearby city high school.  His medical-doctor aunt was also a teacher of Obstetrics/Gynaecology at the same university as his lolo’s.

Growing up in a close-knit family of many educators, he would often hear stories about their day-to-day life experiences in the classroom, most of them funny, but with little life lessons at the end.  They were strict disciplinarians on the outside, but with golden hearts on the inside.  He was inspired at how their students looked up to them (despite the “strict aura”), and how they would approach them in times of need.

Though he was inspired by the mentors in his family, teaching was far from his mind while meditating on a career.  He was initially drawn to Medicine, but due to other realities, he opted to take Chemical Engineering instead, with a vision to merge it with some biology in the future.  The long-term vision of specializing in biochemical engineering took root.

He obtained his bachelor’s degree in Chemical Engineering from the University of San Carlos and was gradually drawn to the world of the academe, again inspired by his college professors.  He developed an interest in biological wastewater treatment from his professor in biochemical engineering, that he was motivated to take up the same Master’s degree in Environmental Engineering.  He then obtained a DAAD (German Academic Exchange) scholarship to pursue a master’s degree at the Asian Institute of Technology (Bangkok, Thailand).

Returning to the Philippines after his Master’s degree, he was able to find employment at the National Institute of Molecular Biology and Biotechnology (BIOTECH- UPLB), where he participated in research projects related to biogas production from agricultural/livestock wastes, and fermentation processes for the production of value-added agro-industrial products.  While at BIOTECH, he was given an opportunity to participate in the UNESCO International Postgraduate University Course in Microbiology (Osaka University, Japan), where it opened the door to pursue a PhD in Fermentation Technology, under study leave.

Dr. Alfafara returned to BIOTECH with his PhD degree, and worked at the Institute for a total of about 18 years.  As the years went by, a “Little Voice” (according to him), started to whisper constantly in his mind, that it was about time to “pass on” the things that he learned to the next generation.  It was as if the spirits of the educators in his family have been prodding him on, to keep the family tradition of educators alive.  In 2002, he applied for a teaching position at the Department of Chemical Engineering and was accepted to teach his favorite chemical engineering subjects (material balances, chemical reaction engineering, environmental engineering, and of course, biochemical engineering).

Fondly known as “Sir Alf”, he has mentored many thesis students, who have been recognized in national student competitions, like the BPI DOST Science Awards and the Magsaysay Future Engineer and Technologist Award. “He is a hands-on adviser that will help you from the ideation of your thesis topic up until the presentation of your thesis results,” said one of his previous advisees. In the past years, he advised and coached 12 BPI DOS Science awardees, 2 Magsaysay Future Engineer and Technologist winners and 6 citations, and 2 CEAT Best Thesis winners. According to his students, Dr. Alfafara requires a high level of excellence. “One of the important things that I learned in being an advisee of Sir Alf is to have a good storyline – especially when writing and presenting your thesis. All his actions and efforts mean giving a part of himself to whoever he mentors,” shared by his advisees.

He is also grateful for being given the opportunity to mentor students in the ways of research, a valuable lesson he learned from his Japanese professors.  In the almost 18 years of teaching at the department, he treasures the new things he learns from his students, which is also reciprocated by his students. “Sir Alf goes beyond the four corners of the classroom when it comes to teaching and goes beyond academics when it comes to learning. Sir Alf is not just an educator, he can also be your friend, your counselor, and your number one supporter. Sir Alf will always be our favorite sensei,” said by his students. (MVMSumagang)